Featuring the artworks of : 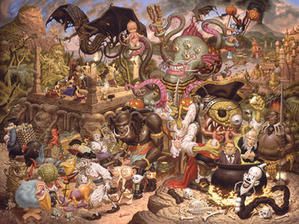