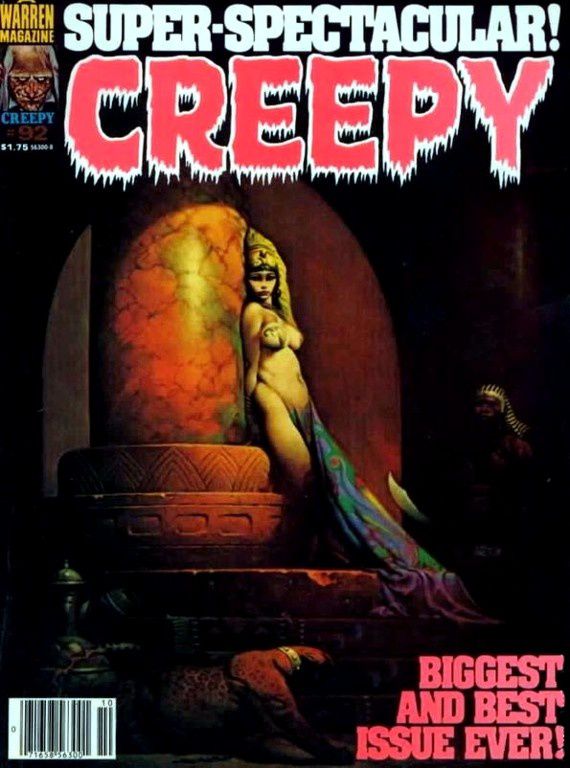 Stories in this issue include: A Toast to No Man's Memory by Len Wein and John Severin; Mrs. Sludge and the Pickled Octopus Raid by Bill DuBay and Luis Bermejo; Instinct by Nicola Cuti and Richard Corben; Towards High Places by Bruce Jones and Ramon Torrents; The Executioner by Russ Heath and Cary Bates; Goddess in a Kingdom of Trolls by Gerry Boudreau and Esteban Maroto; Everybody and his Sister by Jim Stenstrum and Leopold Sanchez (art miscredited to Jose Sanchez); and The Generations of Noah by Roger McKenzie and Leopoldo Duranona. Cover art by Frank Frazetta.