The rumour mill was turning fast the last months. There is a new label around and its name is I HATE PEOPLE - Records,the root of all evil, the real punkrock label with soul, edge and integrity. New? The name is new but what..s behind all this? For ages Andre  is well-known in the Punkrock / Psychobilly scene all over the world. He and his bunch now run this new label. No question that you can expect Punkrock and Psychobilly at its best. But some weeks ago Andre had to make a painful cut before he could go back to his roots.

The punkrock-label he founded, loved and lived for was developed from a hellish hot torch in the scene to a little match in big music business. Did you recognised it? It was all behind the scenes. Good luck but that’s not our way. We love the music and not the business. Strong and fury he is back again with I HATE PEOPLE - Records. When you taste your own blood after you were bashed-up you can cry for help, run away or you pull yourself together and fight. True-punk and with a proud heart we present you I HATE PEOPLE - Records. So many bands showed us loyalty and offered help in this hard weeks, many friends and totally unknown persons appealed to hang on. We know who you are. Thanks for the amazing support in strange times. We lost nothing and will win everything.


United we stand, divided we fall. 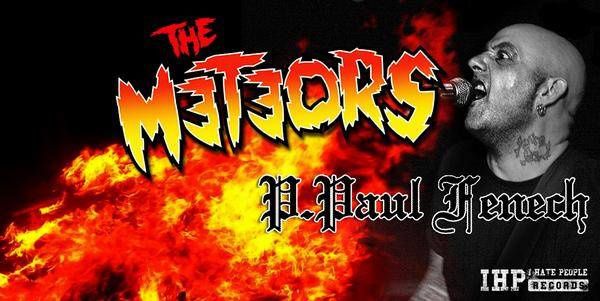