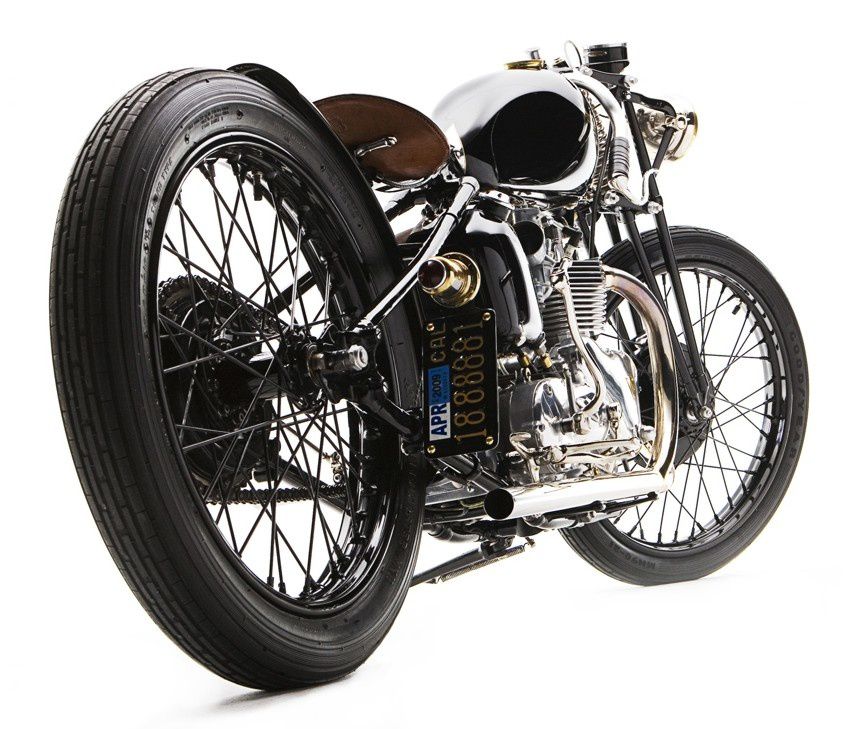 Falcon Motorcycles unveiled their first official Falcon motorcycle "The Bullet Falcon" at this years Legend Of The Motorcycle - International Concours d’Elegance, on May 3 2008. The Board Track racer inspired "Bullet Falcon Motorcycle", started life as a pre-unit post-war Triumph Thunderbird, and took over 800 hours to fabricate. It was custom created by commission, by the skateboarder and actor Jason Lee, and won the 2008 Legend Of The Motorcycle Custom Award sponsored by Jesse James' Garage Magazine.